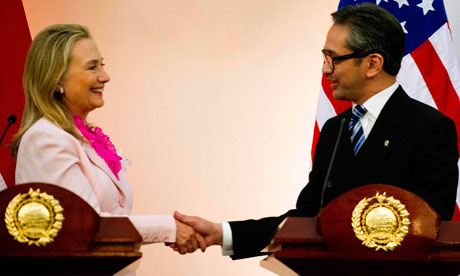 This picture bugs me

This photograph of Hillary Clinton and Indonesia’s foreign minister, Marty Natalegawa really bugs me.  I’m not the biggest fan of Hillary and I actually don’t even like to discuss politics.  What bothers me about his photo is the the handshake.    Ms. Clinton is barely grasping Mr. Natalegawa’s hand and he clearly has a soft grip on her.  This breaks both parts of BizEtiquette Tip #15 better known as Limp Noodles.

Let’s talk about Hillary.  I am sure that she has had hours of media and relations coaching and it surprises me that she doesn’t shake with a firmer grip.  She might be holding back due to some Indonesian custom of women being submissive to men.  But as an American woman who holds some political power, I kind of expect her to set a confident example for the rest of us.    Let’s assume that there are no men vs. women issues in Indonesia and Mr. Natalegawa is just a regular dude shaking a lady’s hand for the first time.  He is handed a limp noodle by Hillary and so what does he do?  He gently holds her hand so that he doesn’t hurt her.  Now we have TWO limp noodles.

You may think I am over analyzing a simple handshake.  I am!  Etiquette is one of my passions, it’s what I do.  The lesson here is:  If you are a woman, be confident with yourself.  Hand over a strong, firm handshake with good eye contact.  It shows that you are secure with yourself and mean biz.  If you are a man, we can take it!  Give us a firm shake in response.  You aren’t going to crush us.

BizEtiquette, A Small but Mighty Guide

BizEtiquette: Help! I Forgot Your Name 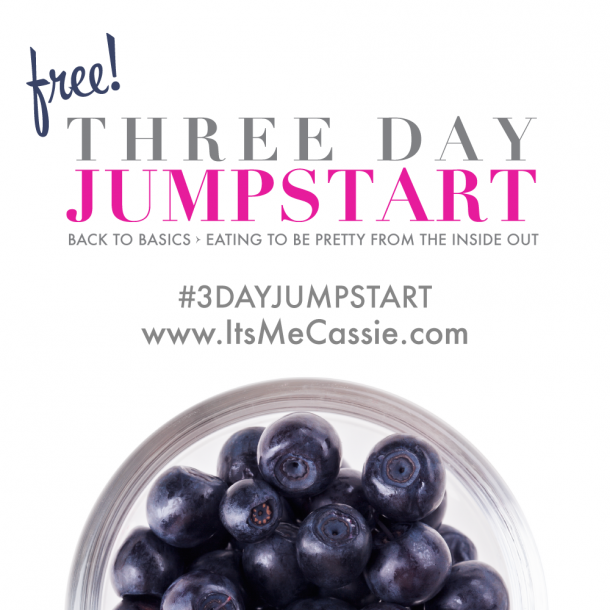